I wrote my undergraduate thesis about how the properties of various, key human-computer interaction (HCI) technologies manifest in user-interfaces. Examples of HCIs include the mouse, the bitmap screen and the touchscreen. The thesis featured influential user-interfaces and the original PCs they were designed for. These photo-realistic(ish) Photoshop illustrations were made for my 'designed' thesis shown at bottom of page. 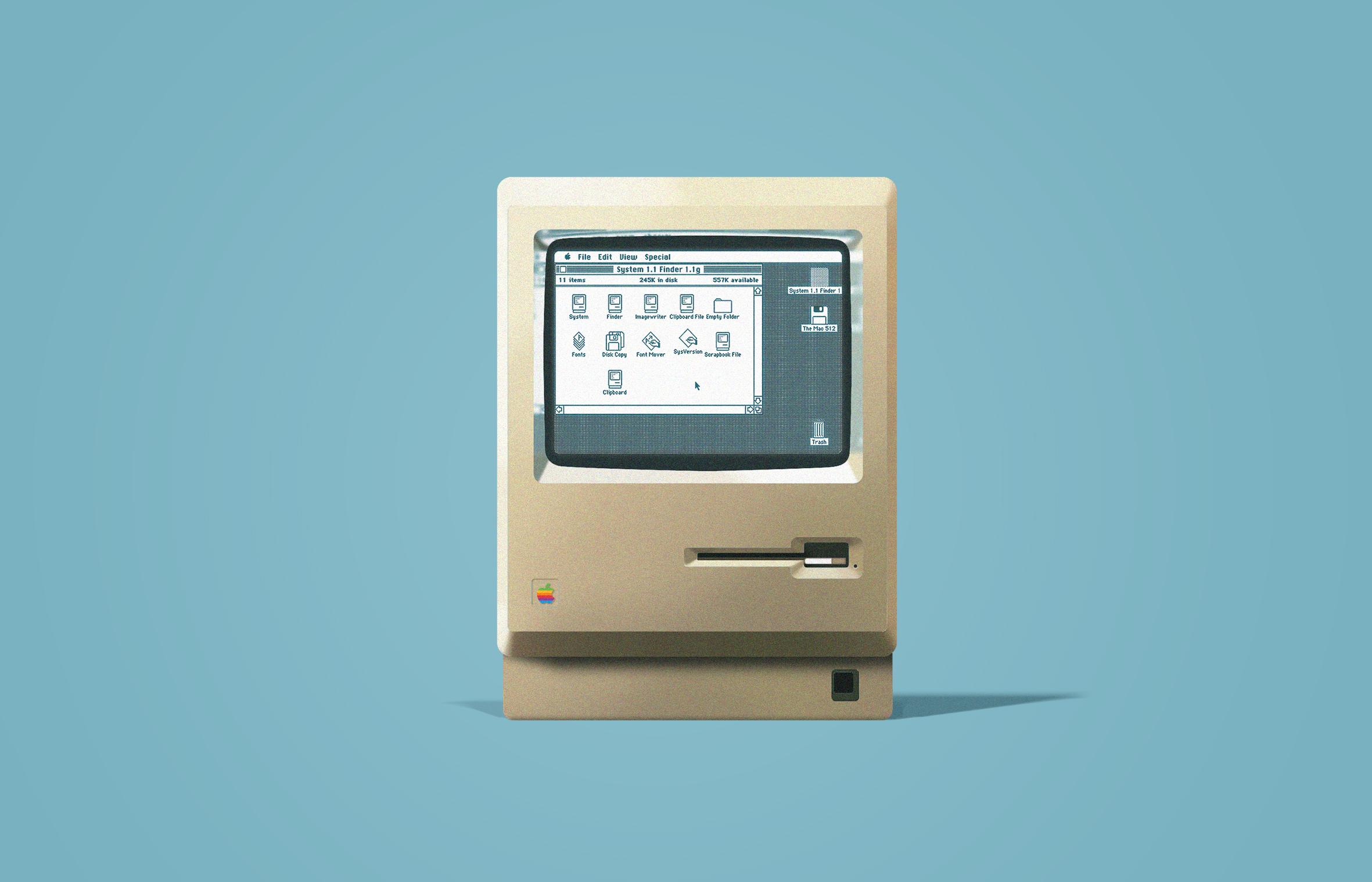 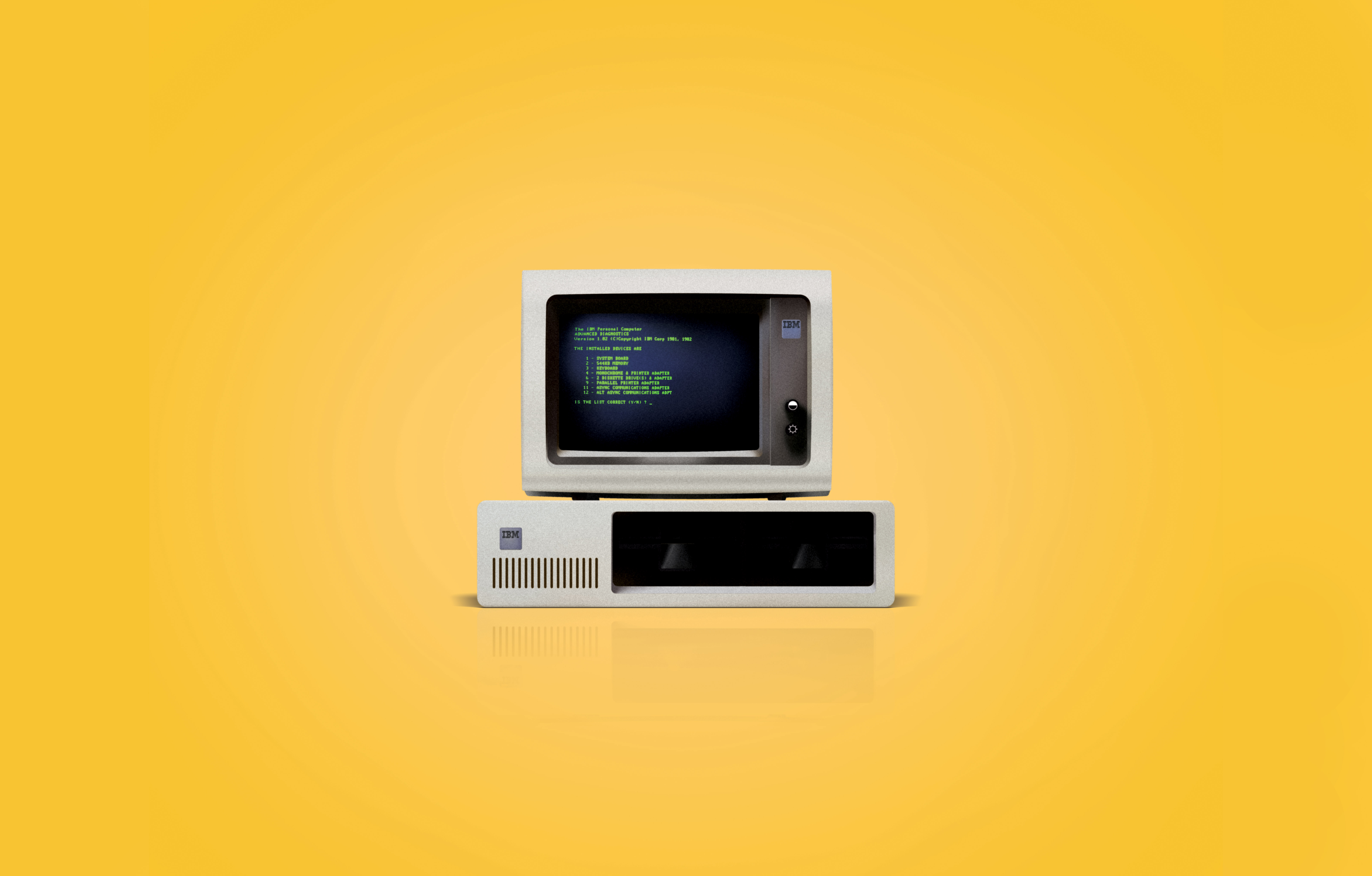 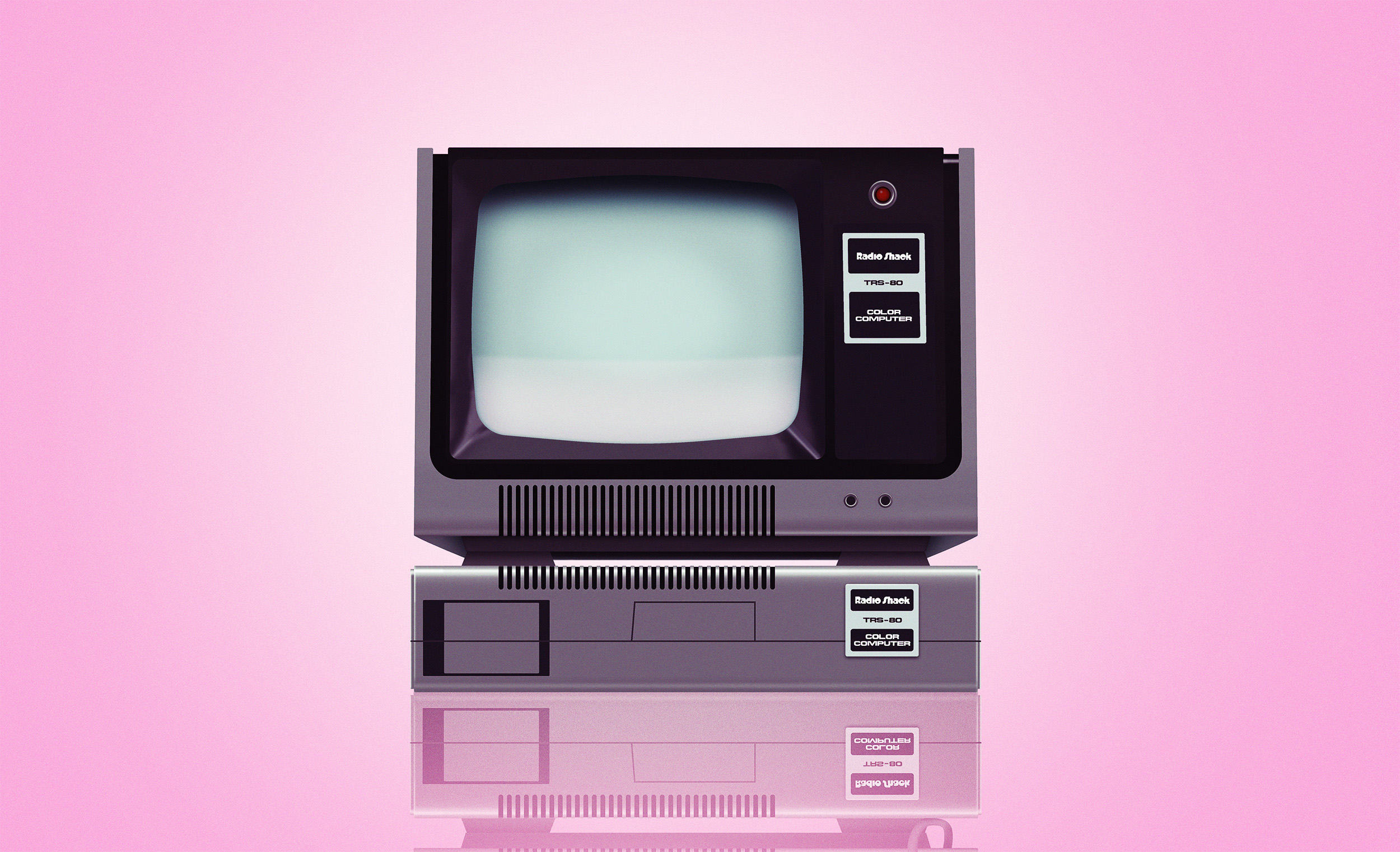 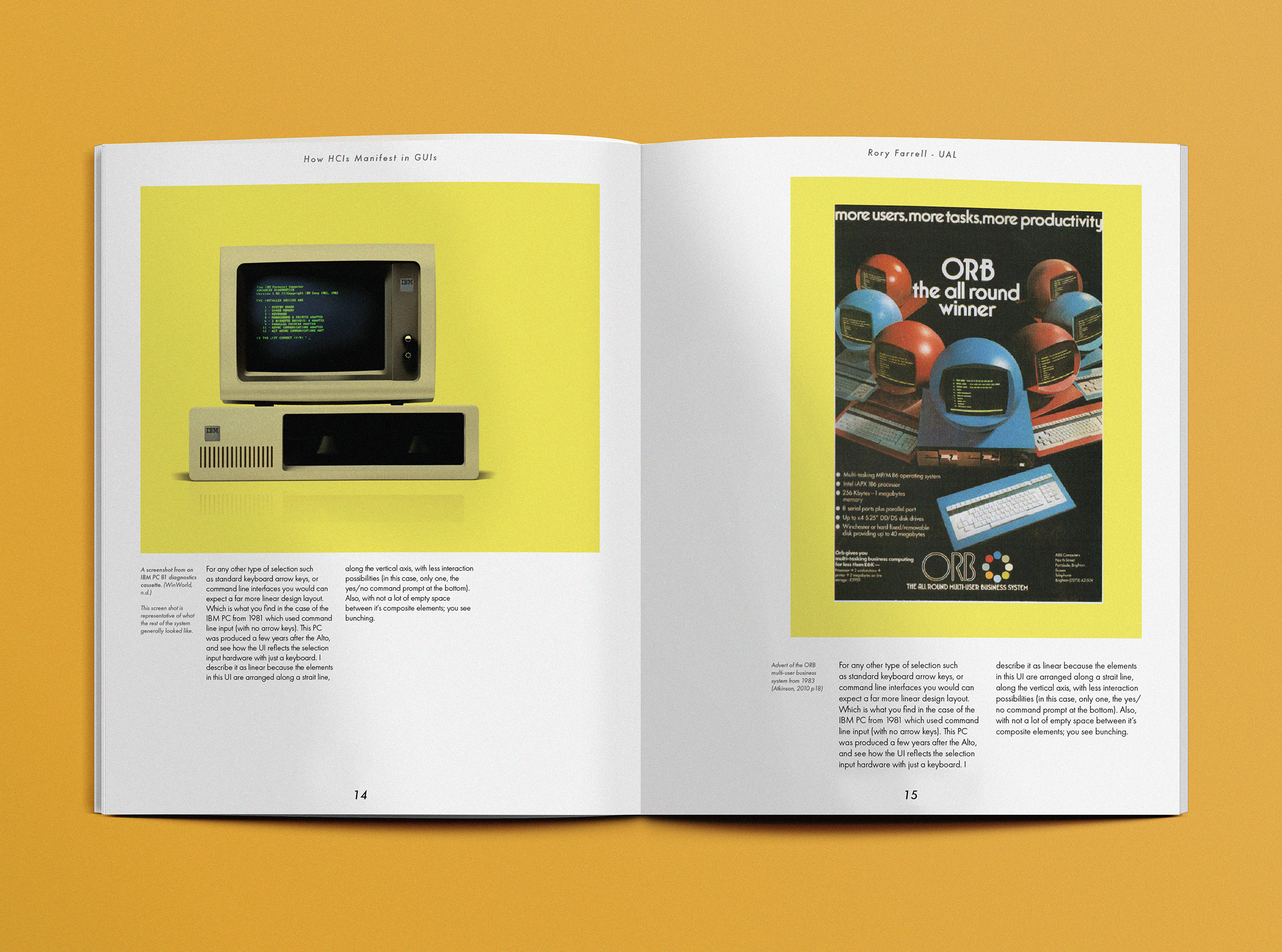 Spreads from my thesis. 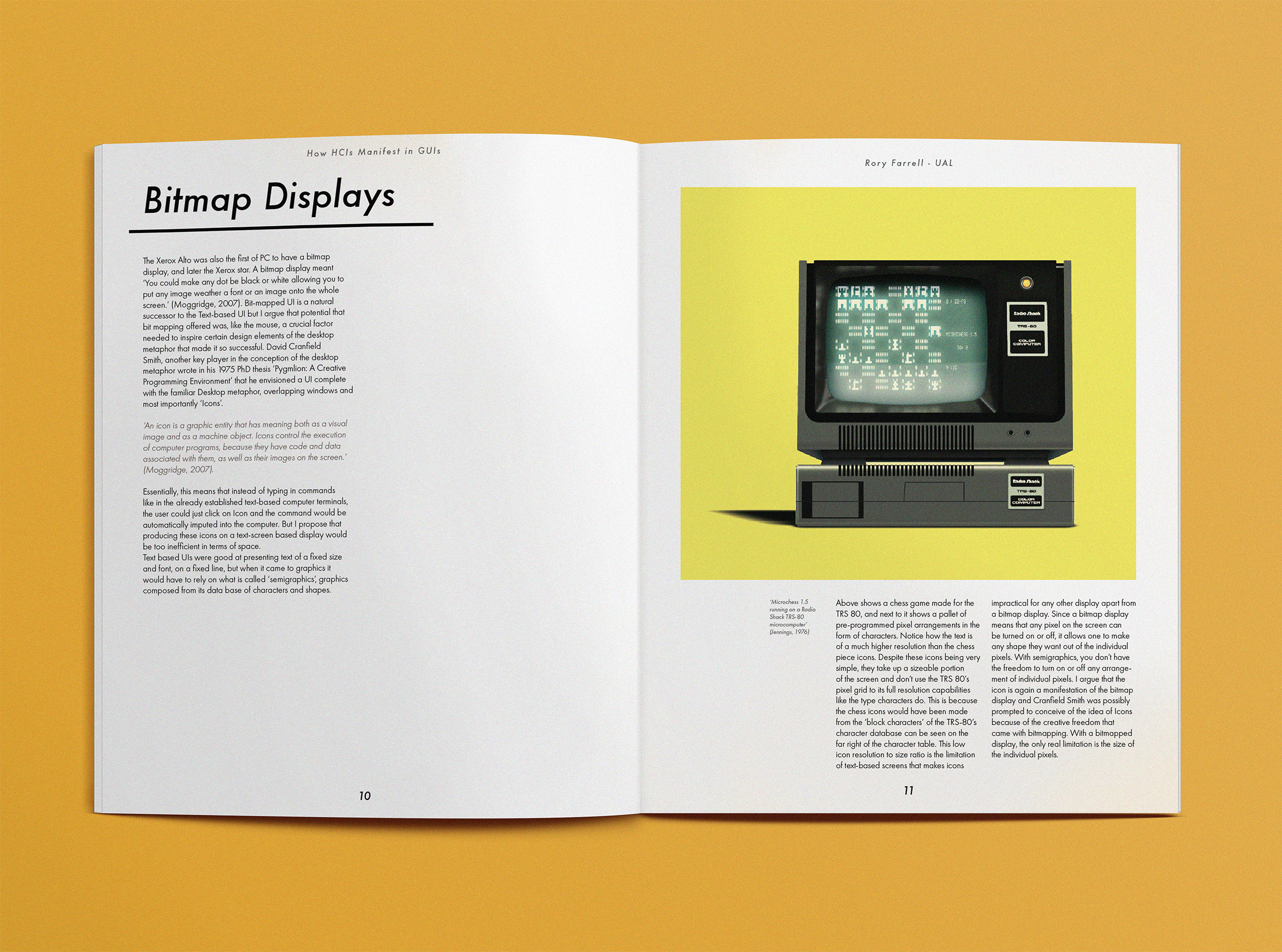 In the thesis, I was I was referencing the user-interfaces of the PCs, not the PCs themselves. I used these computers as a way to increase the visual appeal of the user interfaces I was presenting. The low-resolution, monochrome graphics of these computers have a habit of looking quite ugly in print; putting them into a photograph setting avoided this. The PCs were also a way of giving the UIs a historical context that the reader could instantly relate to.