The Library Of Babel

The Library of Babel was written in 1941 by Jorge Luis Borges, an Argentinian poet and short-story writer. His work of this kind often portray bizarre, hypothetical circumstances that evoke feelings of anxiety and isolation. Each edition of the set of illustrated books communicates the short story in its entirety. The imaginary was inspired by the expressionist nature of Borges' writing; visually augmented with other modernist styles of the time. 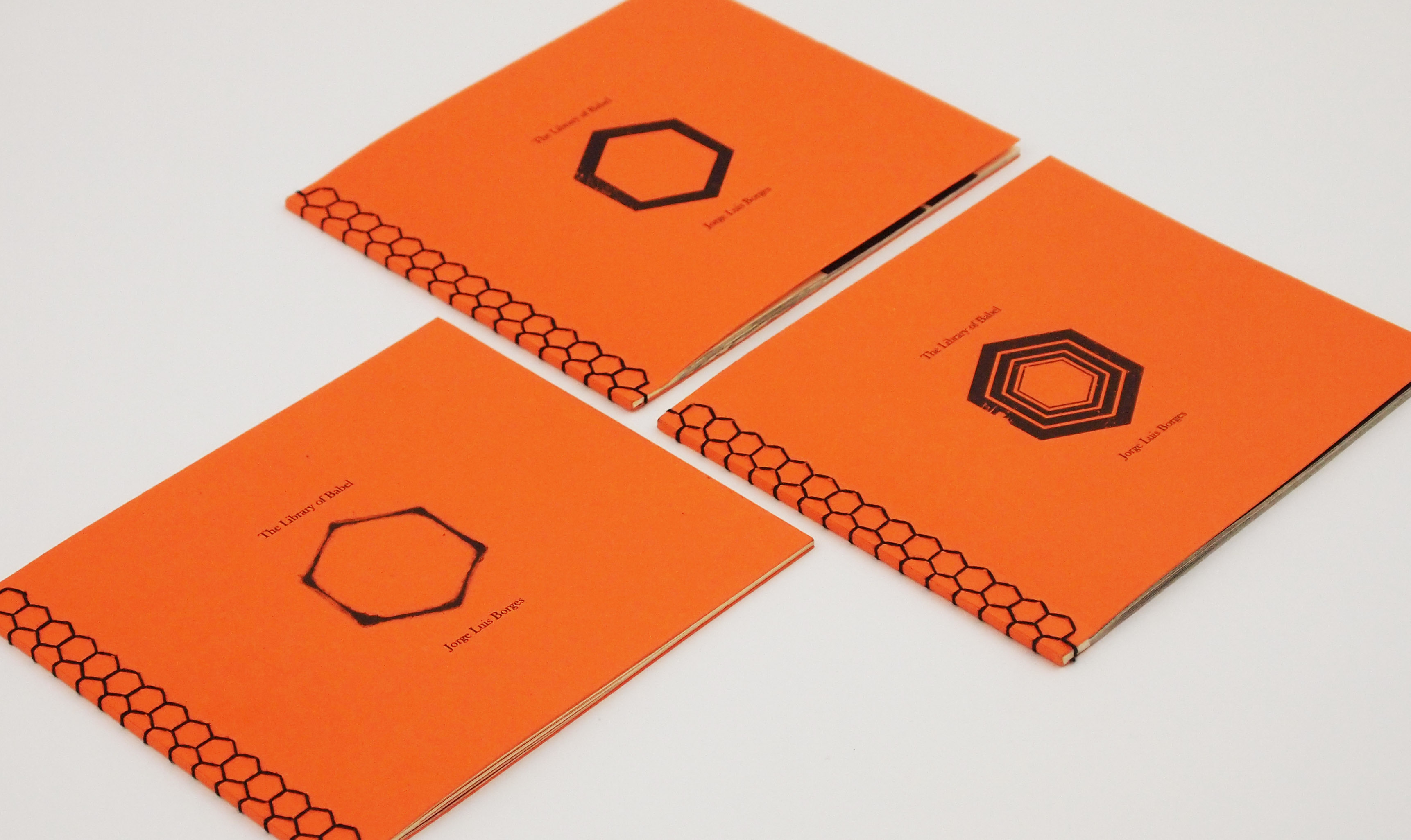 This interpretation of the story was designed to be reminiscent of classic expressionist cinema of the early-twentieth century; films like Metropolis (1927) and Nosferatu (1922) were a significant source of visual inspiration for me. This style was merged with 'sacred geometry', a more contemporary art style associated with mysticism and astrology. 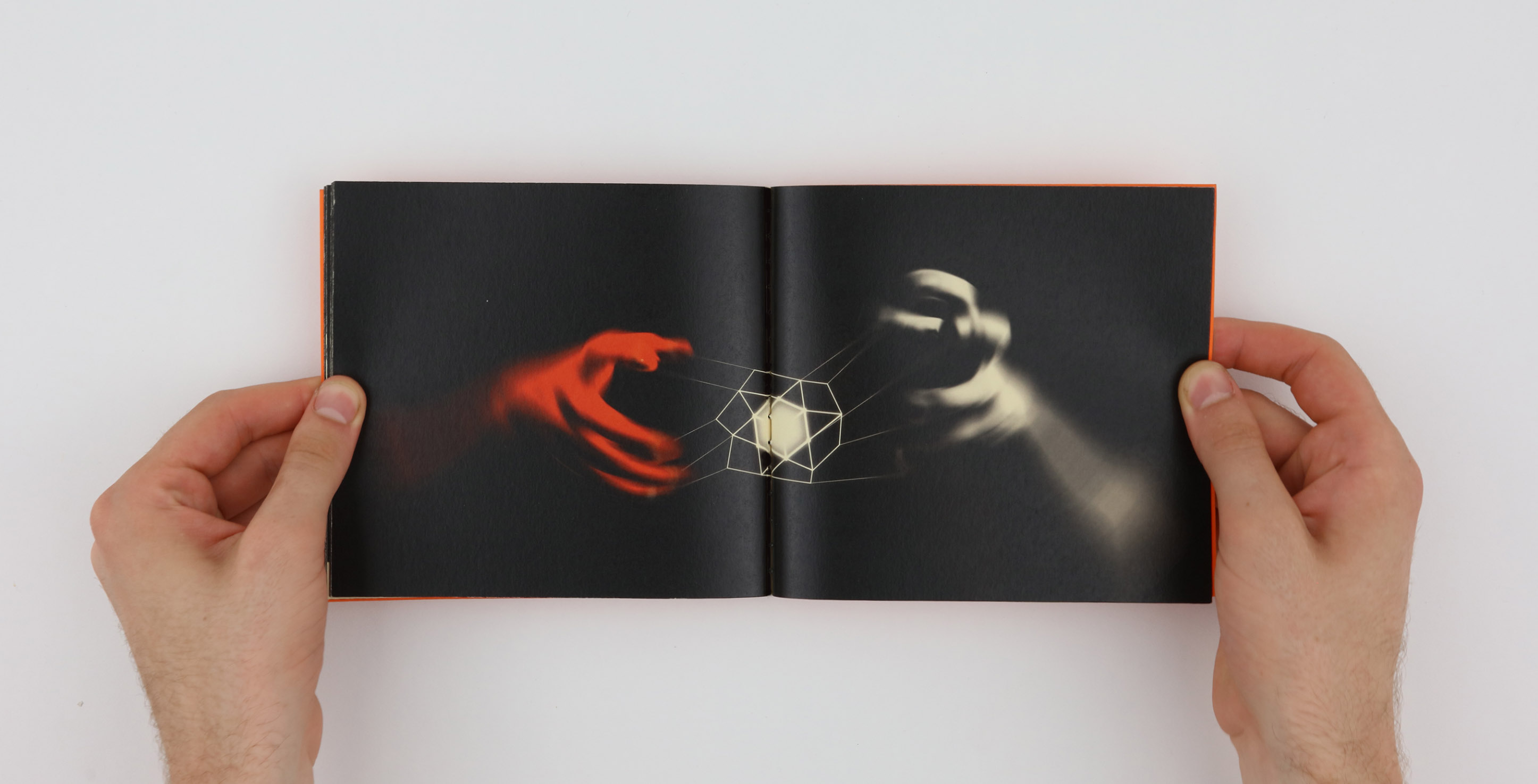 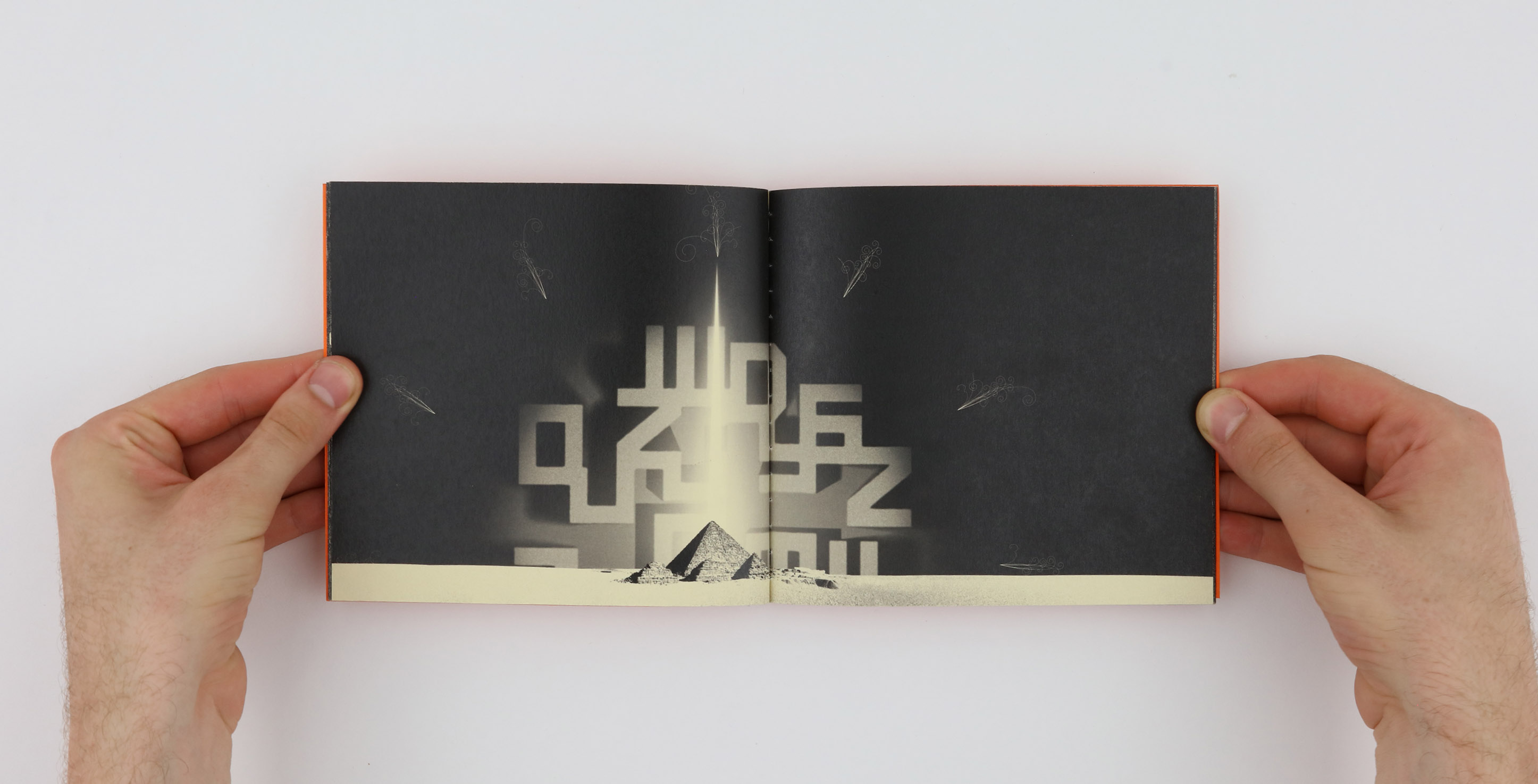 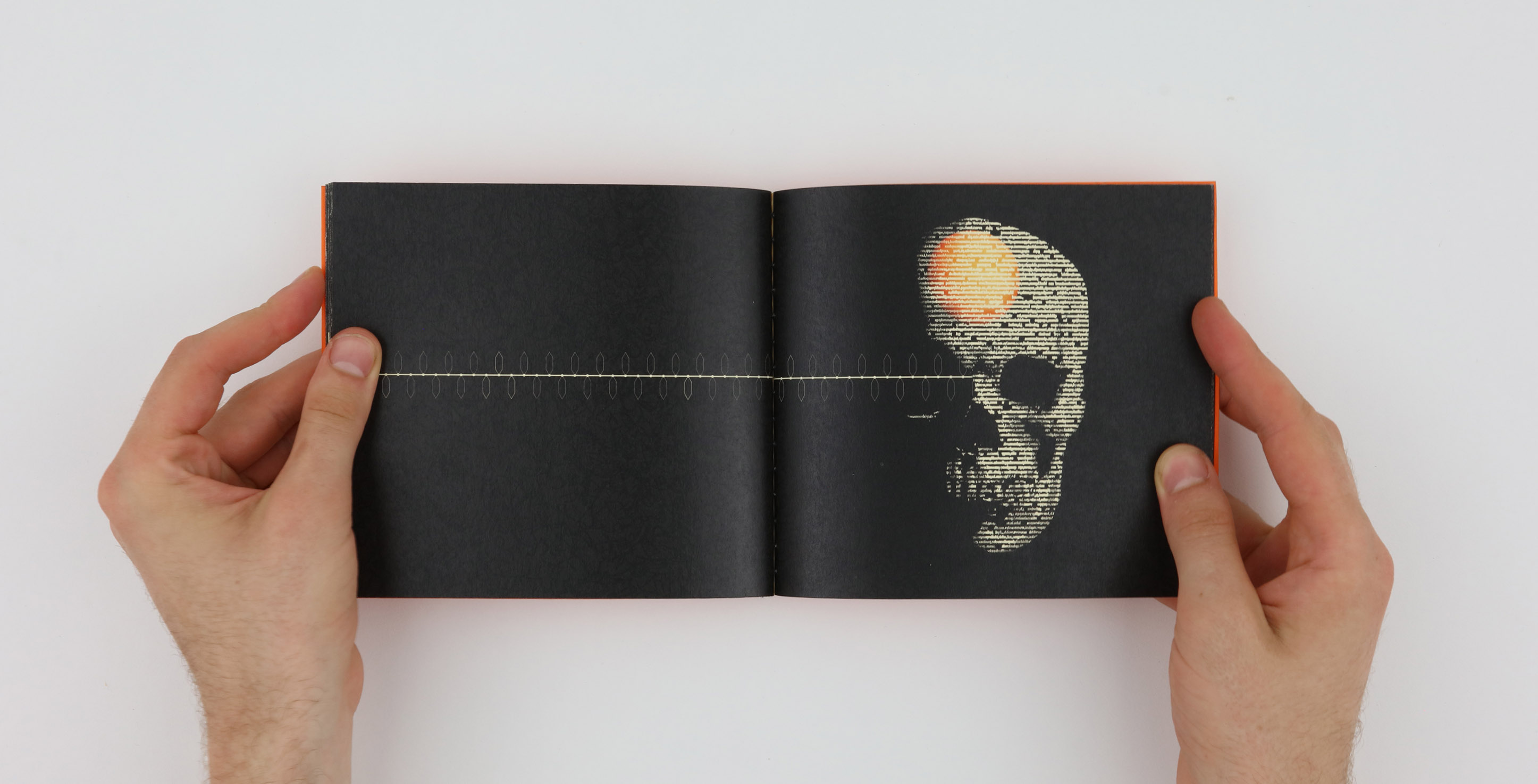 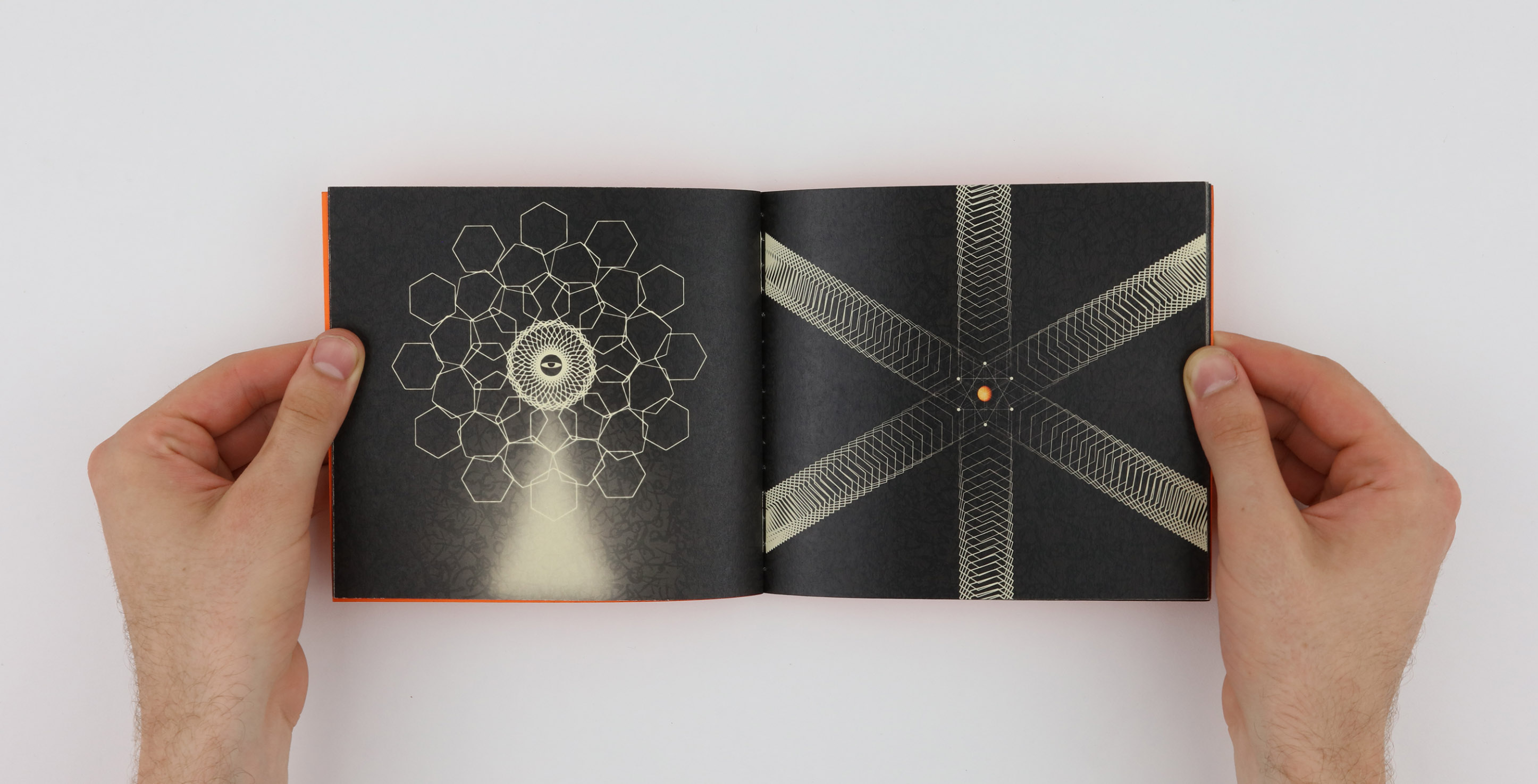 Below is a text and image depiction of The Library of Babel. Its stylistic derivatives are a cross between more traditional expressionism and elements of Bauhaus, Art Deco and early soviet era graphic artwork. The illustrations and typography were largely inspired by German woodcut expressionism from 1910 - 1940. 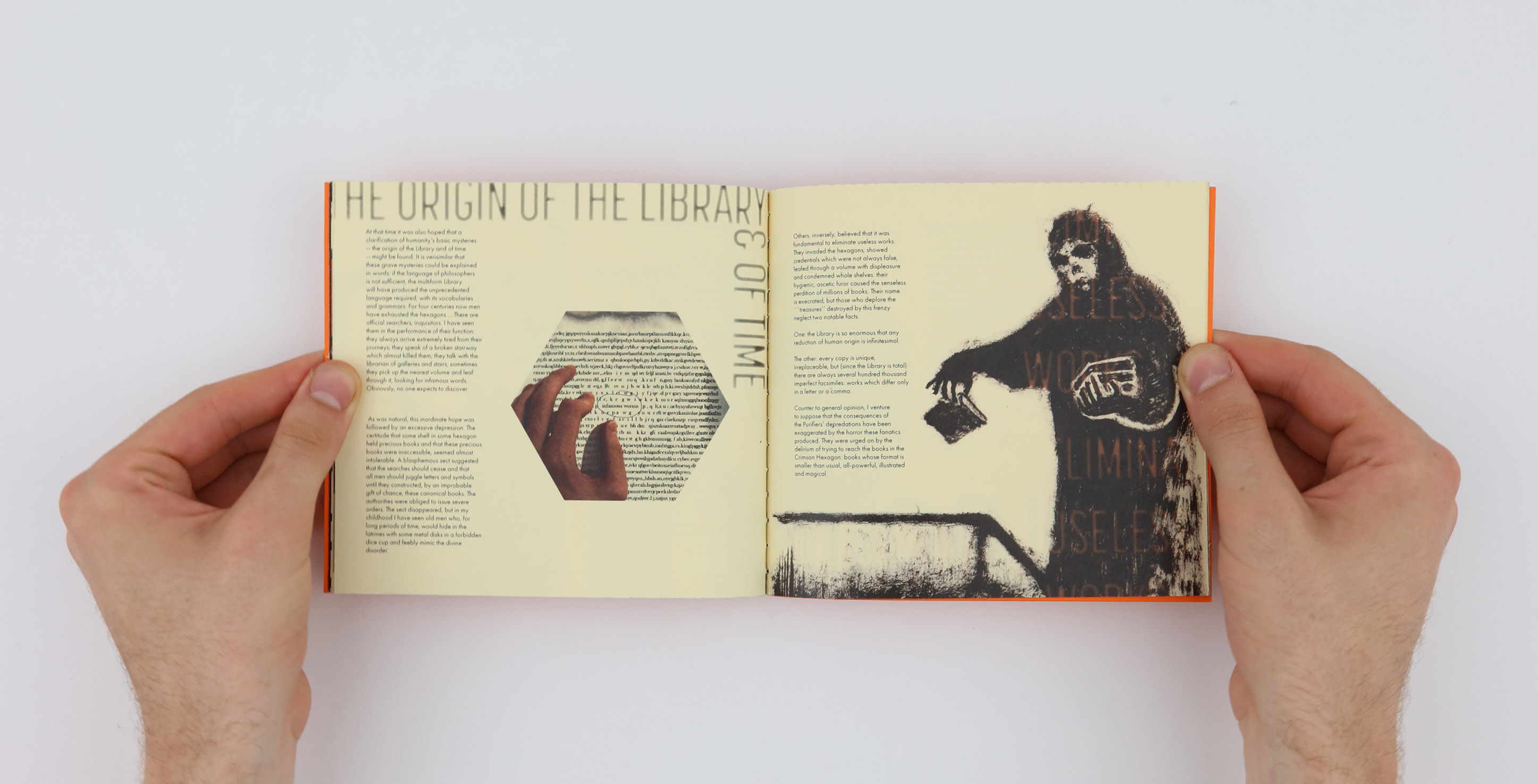 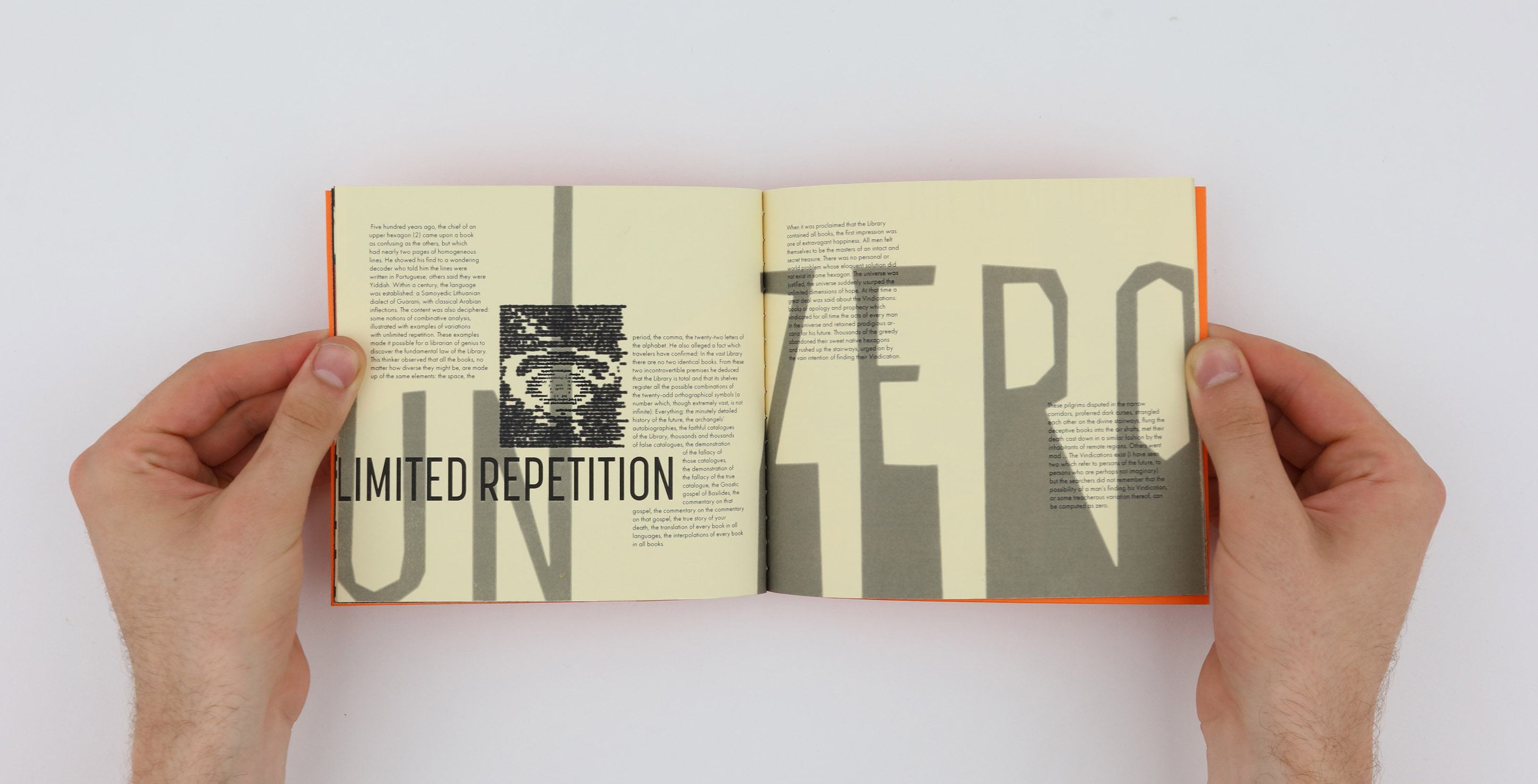 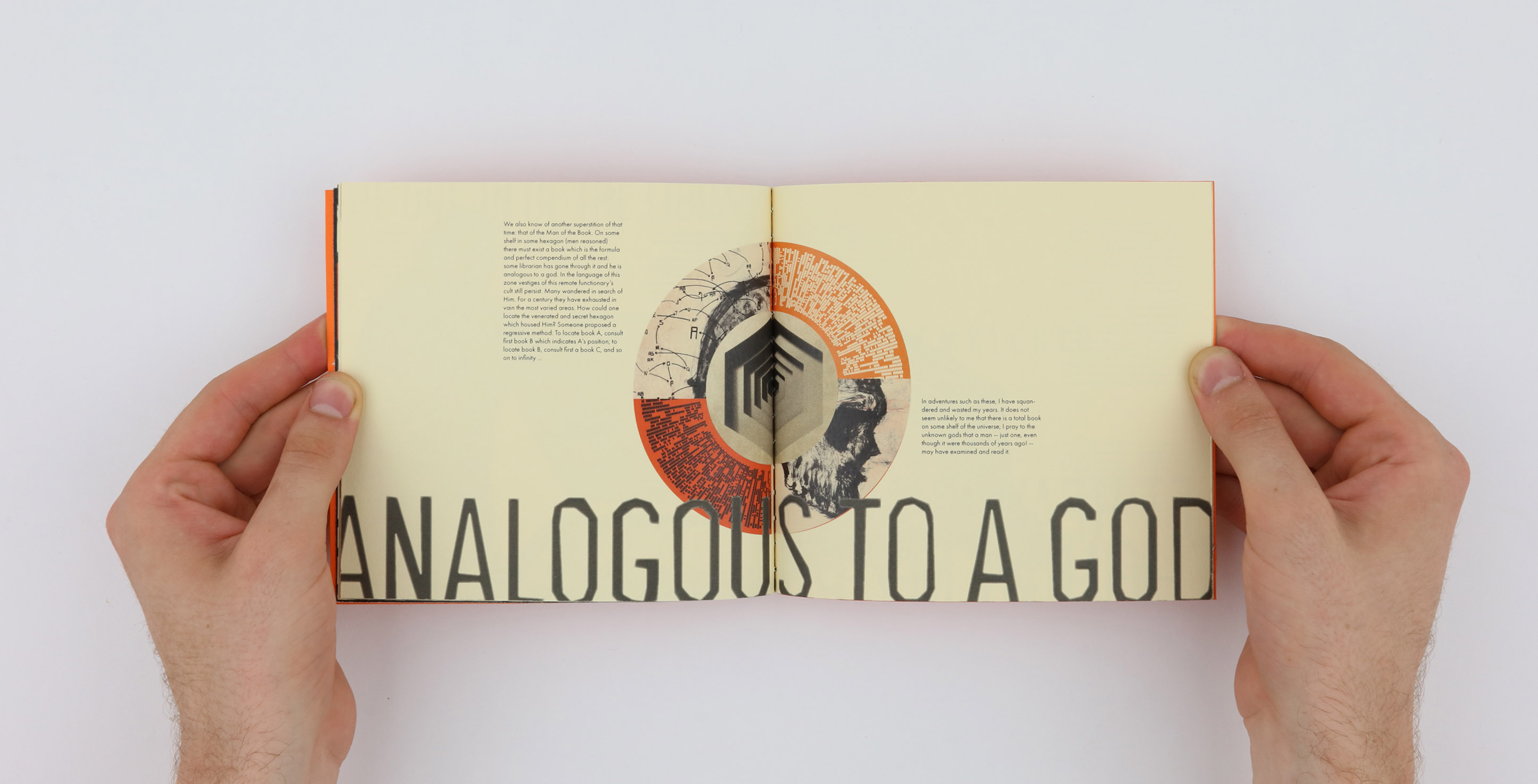 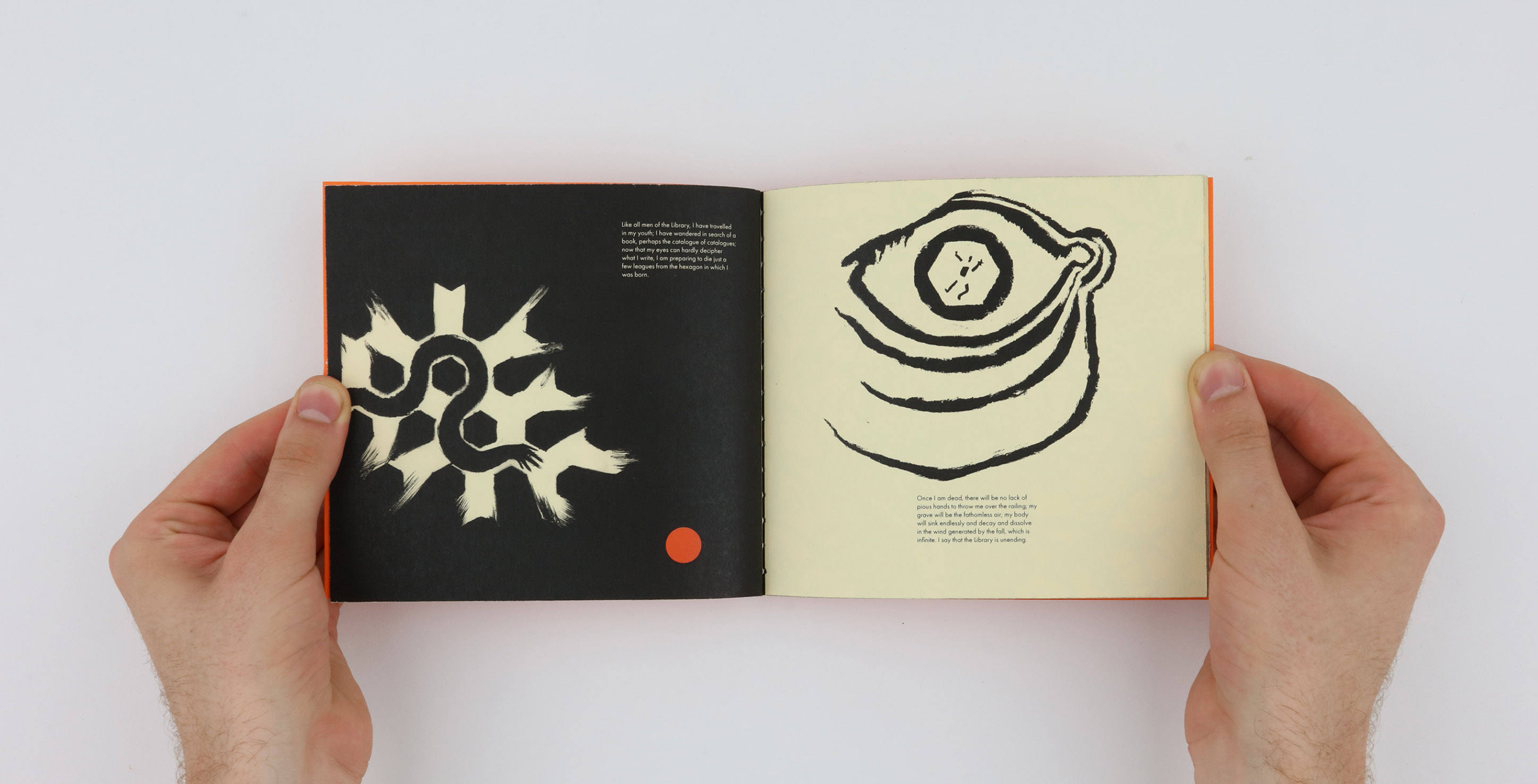 This text-only edition below was intended to seem like the writings of the story's protagonist, the narrator. The bulk of the text is punctuated with large hand-written typographic segments, which is also is a cross between two popular modernist styles, woodcut and Art Deco type design. 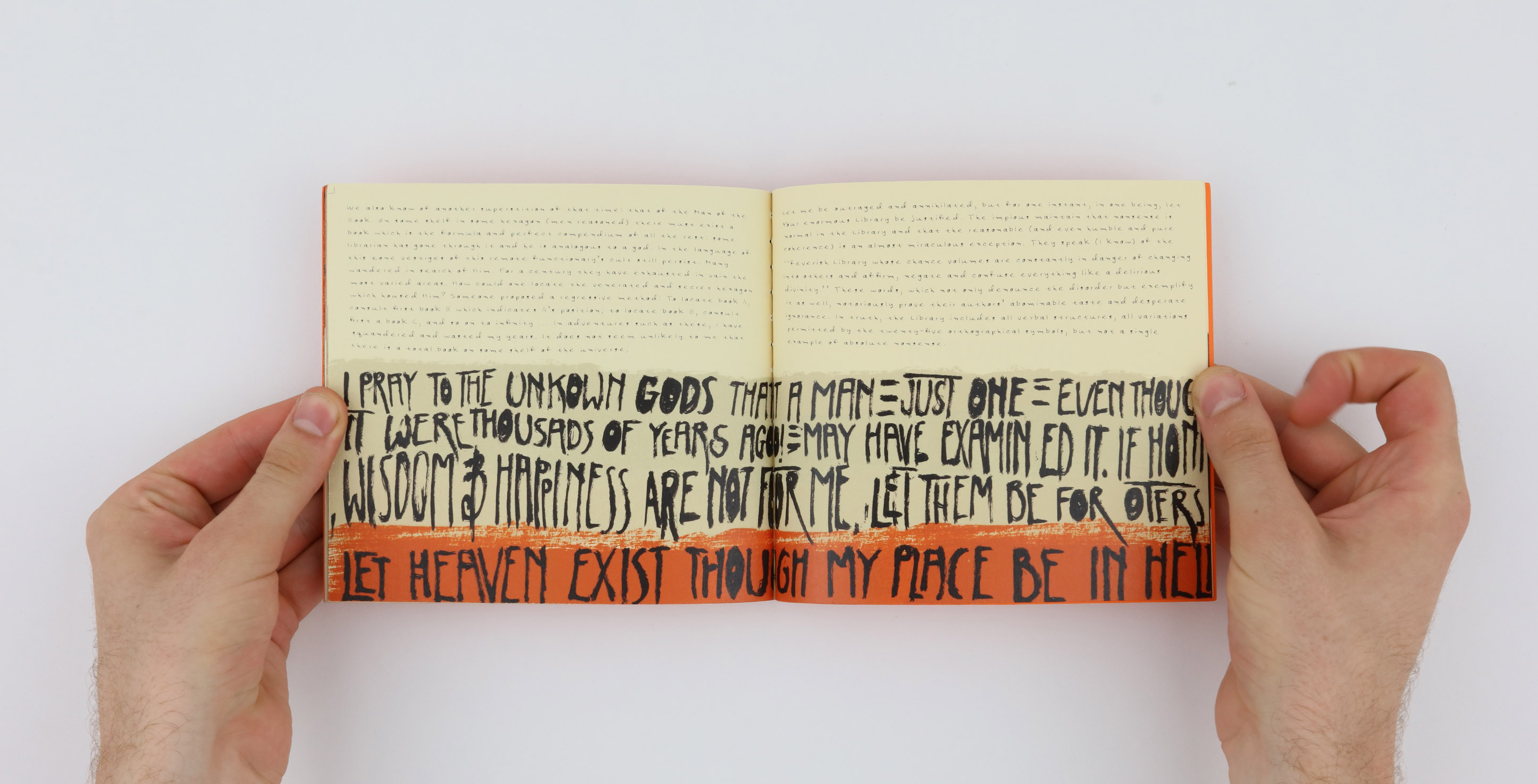 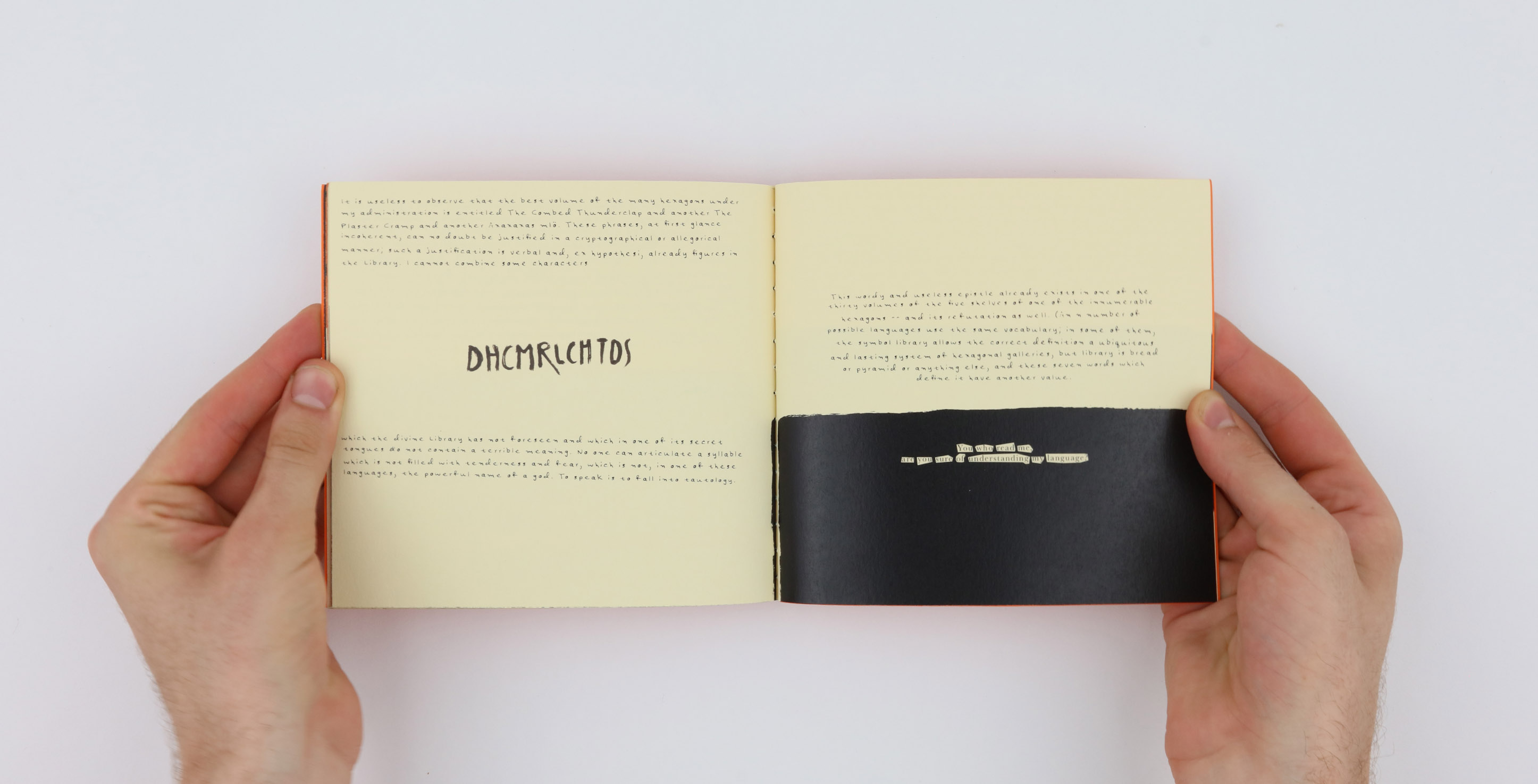 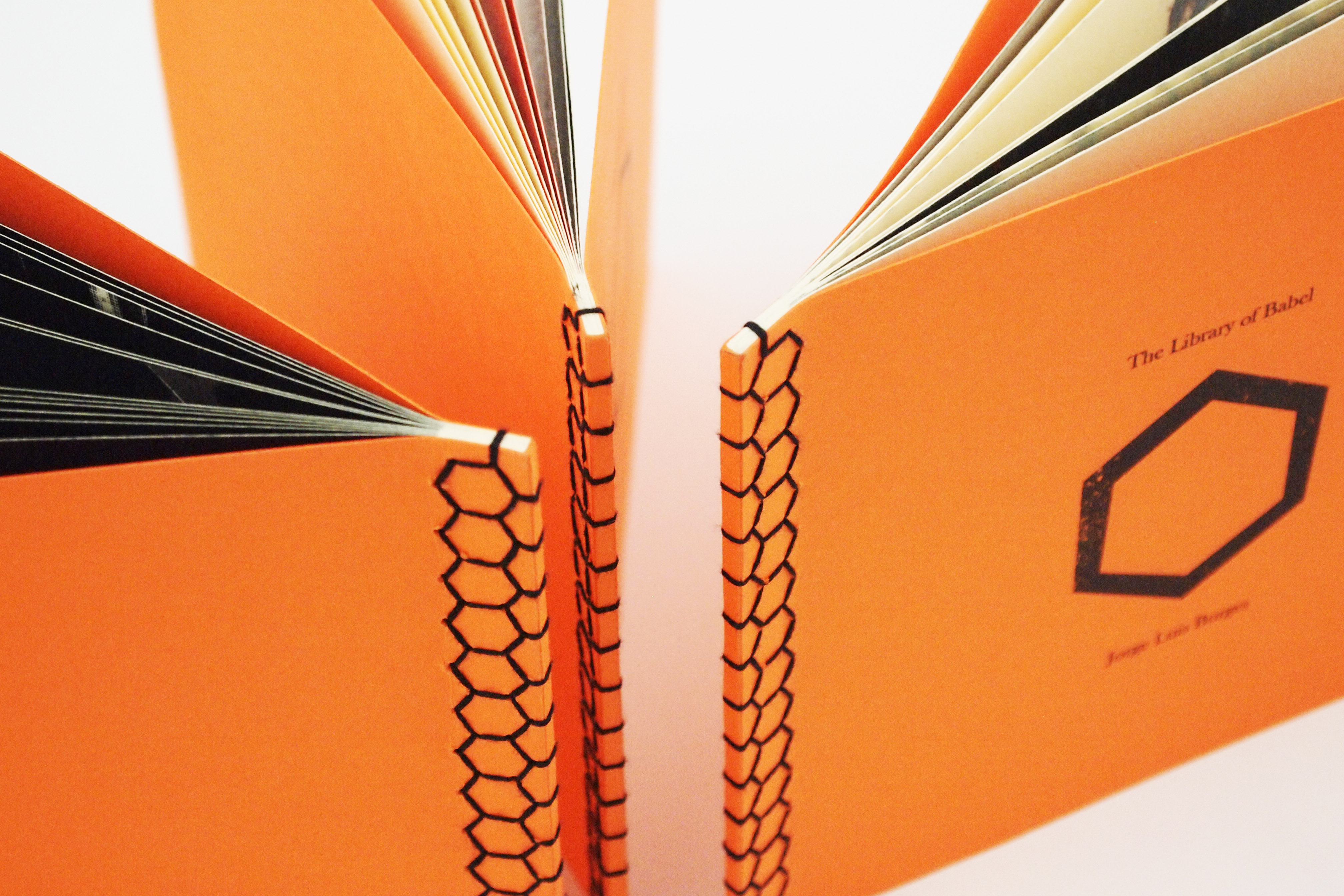